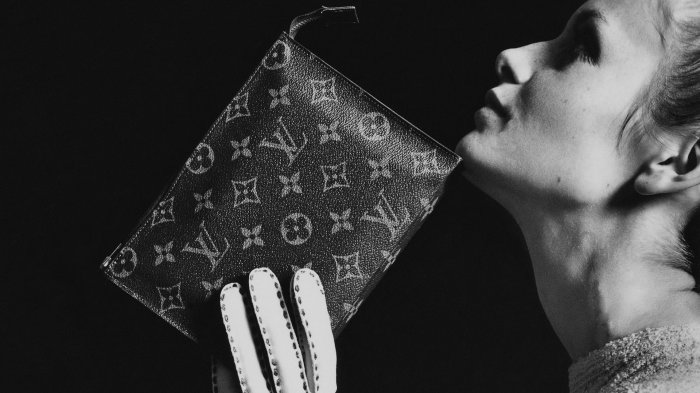 Behind The Podcast: A Conversation with April Calahan, Co-host of Dressed: The History of Fashion

We often think of fashion in terms of contemporary trend, supermodels, and high-profile runway shows. However, every piece of clothing we wear has an incredibly rich backstory, and Dressed: The History of Fashion seeks to tell these stories each week. Hosts April Calahan and Cassidy Zachary offer a detailed examination of fashion terminology ( "The Birth of Modern Dress") and key figures from the fashion world ( "Founding Father of Haute Couture: Charles Frederick Worth"). Simon Says chatted with Calahan about how the show got started and what's in store for the first season.

(Note: Some answers have been lightly edited for readability and flow.)

1. How did Dressed: The History of Fashion come about? Did you approach HowStuffWorks? Was this an opportunity that arose through FIT?

In a roundabout way the show came about thanks to my publicist at Yale University Press. I did my book Fashion Plates: 150 Years of Style with them in 2015. My publicist [Tracy], unbeknownst to me, sent a copy of it to Holly Frey who is the host of Stuff You Missed in History Class. She and Tracy asked me to be a guest on the show. A few months later, I was a guest on the show again talking about how French women used fashion as a form of political resistance during the Nazi Occupation of Paris during WWII.

Holly and I became friendly and whenever she was in New York, [we] would try to meet up for dinner. Then late last year, she put forth the idea of me having my own show and voilaÔøΩ. Dressed: The History of Fashion podcast was born. Holly is the executive producer. Cassidy and I have been collaborators for years. We wrote a book together, Fashion and the Art of Pochoir, which was also published in 2015.

2. Each week, you dive deep into a fashion history topic. I especially enjoyed the recent episode, "Freeing the Body: The Birth of Modern Dress". At the start of the episode, both you and Cassidy take time to define terminology (i.e. modern, dress, fashion) before getting into the main story. It really feels like you're making fashion history accessible to everyone, even if they don't have extensive knowledge about it. Is that your intent? Do you need to be a dedicated fashion fan to enjoy the show?

Absolutely, we have always conceived the show to be for a mass audience. And to really root it in the cultural and social aspects of fashion versus the more common pop culture approach. We are first and foremost academics and both have Master's degrees in Fashion Studies. It's important to us that the show adhere to scholarly practice but the manner in which we present the information be super approachable and fun.

If we can convince even one person who doesn't take fashion serious otherwise, then our job will be done. You cannot discount it as frivolous when you consider its weight in the economy. Recently, the United Nations published a study that revealed that 1 in 6 people globally work in a field that is in some way related to the fashion industry. This is very serious business.

So, no, you don't have to be a fashion devotee to enjoy the showÔøΩ just have a curiosity about the made world around you.

3. Also in that same episode, you briefly mention some other topics you'll discuss throughout the season. How did you decide on a season model for your podcast vs. publishing episodes year-round? How many episodes are you planning for this first season?

We actually are on the year-round model. We publish each and every Tuesday, so there will be 52 episodes this first season.

4. The podcast is mainly driven by the discussion between you and Cassidy. It seems that you two have a great friendship/chemistry beyond the show. Was that an important factor in pulling together the show? Are there plans to incorporate guests at any point or do you feel that will distract from the intended dynamic?

Dressed was an idea that we actually had already been working on, but originally in a different format. But when the offer of the show was extended, it made sense to turn Dressed into a podcast. So yes! Cass and I are not only friends, but we've been collaborating on projects for years. And giving lectures tooÔøΩ most recently at the Los Angeles County Museum of Art.

Lots of guests, yes! The next episode, Episode 4, I interview Emma McClendon about an exhibition she curated at the Museum at FIT in New York City entitled The Body: Fashion & Physique, which is currently on view!

But one of the great opportunities I've had in my own position at FIT is that as a curator, I'm the point of contact for other fashion historians and academics who use our collection to do research. I've formed relationships with so, so many people working in our field and one of the goals of the show is to highlight the amazing work being done by fashion historians worldwide. We already have commitments from guests based in Paris, London, and Mexico.

5. Can you preview some upcoming topics from this season? What are you most excited to cover?

An episode coming very soon is on Elizabeth Hawes, who was so much more than just a fashion designer. She's a bit of a cult figure, decades ahead of her time in many ways, as a feminist, activist, and writer. Not a lot of people know about her, but anyone who does is usually pretty obsessed with her. Including myself.

Cass wrote a beautiful episode about Elizabeth Keckly, who was born enslaved and, through her dressmaking skills, bought her and her son's freedom. She moved to D.C. just before the Civil War and became the city's premiere dressmaker. Her most famous client and friend: Mary Todd Lincoln. Her story is very inspiring, but also heartbreaking. Cass, Holly, and I all cried in the studio when we were recording it.

6. The fashion industry is an interesting space right now, as brands experiment with when to show collections and how to get clothing to consumers sooner. Do you anticipate incorporating any of this into your show? Are there historical eras in which fashion has seen this type of experimentation with runway shows and distribution?

While we do endeavor to make connections to contemporary fashion in certain ways, we don't intend to cover the current industry in a significant way. There are lots of other podcasts out there that do so already. Vogue has their own show which is hosted by Andre Leon Talley and there are fashion bloggers that cast too.

What makes Dressed unique is the fact that it IS based in history and there is a ton of research that goes into each episode.

We will do an episode this year I'm sure that will cover the inception of the runway show at the beginning of the 20th century. It wasn't always a thing, nor were celebrity models. The fashion designer Lucile is often times credited with launching the concept of both. More on that coming soon!

7. A lot of podcasters dream about finding a notable affiliation for their shows (i.e. HowStuffWorks). What advice can you offer them?

Write a book and dumb luck? LOL! No seriously, we are very fortunate to have been invited by a major media company to become part of their portfolio of shows. I think their interest in our show stems from the fact that our subject matter is unique to the market.

8. Where else can we find work from both you and Cassidy?

The aforementioned book we did together is called Fashion and the Art of Pochoir. Cass also has a popular fashion history Instagram and blog, The Art of Dress, which she updates on the daily. The book that got this ball rolling is called Fashion Plates: 150 Years of Style and my most recent work is a contribution to the anthology The Hidden History of American Fashion, which is entirely about women designers who were extremely prominent in their own era, but have now fallen into a bit of obscurity. This [was] just released with Bloomsbury!

For more information about Dressed and to listen to recent episodes, head to dressedpodcast.com.